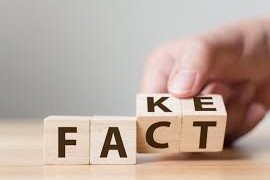 Have you received a call about your guaranteed Timeshare claim!

Well if you haven't, then you will of seen it advertised on the internet!

Whispers on the grapevine are that the Spanish courts have been finding in favour of Timeshare owners for the mass mis-selling and fraud of Timeshare and Holiday Clubs across Spain.

According to Spanish Lawyers, timeshare owners are being awarded millions in compensation. Some people are even getting double their money back!

If you haven't joined the hundreds of Timeshare owners cashing in on this golden opportunity, then you should think yourself extremely lucky! Yes, we did say lucky!

The reporting of such success is factual; the reality of the situation is exaggerated and fictitious, much like the Timeshare!

Many self-professed Timeshare termination and claim experts in the UK and Spain are peddling the Spanish Timeshare claims concept. Employing the services of Spanish Lawyers and demanding hefty upfront fees. Spanish lawyers do not work on a no win no fee basis!

The REALITY is, these victorious Spanish claimants are NOT receiving a solitary Euro in respect of a judgement made by the Spanish courts.

The only people to have gained throughout the process are the Spanish lawyers and the ex-Timeshare sellers who are likely to have conned you out of a substantial amount of money just for a simple referral to a Spanish lawyer on the promise of a financial windfall.

The simple reason is, only the people who sell and promote this kind of service are the people making quick, easy money. Not the claimants.